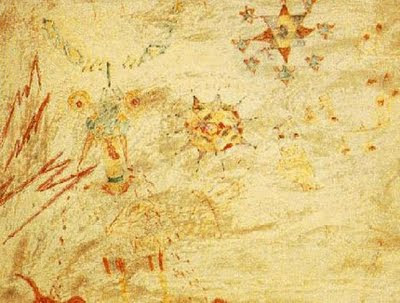 This afternoon the Wall Street Journal reported that Lucy Vodden, the inspiration for Lucy in the Sky With Diamonds, has passed away:

Lucy Vodden (née O’Donnell), who was the inspiration for the Beatles’ song “Lucy in the Sky with Diamonds,” has died, following a long battle with the autoimmune disease lupus. The British housewife — whose passing was announced by the St Thomas’ Lupus Trust charity — was 46.

Vodden first achieved pop culture fame as a tot, when John Lennon’s son Julian drew a picture of her in nursery school in 1966. He took the picture home to his pops, explained it as “That’s Lucy in the sky with diamonds,” and a song legend was born.

Posted by Ed at 4:24 PM
Email ThisBlogThis!Share to TwitterShare to FacebookShare to Pinterest